Trekker Alaska motorcycle case in natural aluminium, 56 LTR. Comfortably holds 2 modular helmets.
Featuring the world’s most widespread fixing system, MONOKEY®, which allows for a single lock to open and release the plate with the same key. Compatible with all Monokey plates, apart from those with the stop light kit connection.

Like the Trekker ALASKA side case, it comes in two finishes: Natural and Black. The clean, minimal aesthetic pairs well with the rest of the range, and prioritises practicality of use.

Features:
• WIRELEASE® SYSTEM: the cases are released from the plate by turning an external knob that is equipped with a cable system (Patented), placed directly under the Security Lock. It is not necessary to turn the knob to attach the cases.
• Two handles placed on the back of the top case, which are also integrated with the strong hinges on the lid, allowing the latter to open more fully without the need for classic retention cables: once opened, the lid is held in position in order to make packing/unpacking easier.
• Four belt-strap loops integrated into the structure of the lid, set into the contoured lid to give an elegant shape to the whole case.
• Set up to allow the attachment of a backrest (available for purchase as an optional) using screws, without the need to pierce or attach any component with adhesive;
• Rivets fitted with gaskets and sealed using silicone, to ensure watertightness even under the worst riding conditions.
• A series of grips built into the interior, integrated into the supporting structure, allowing loads to be attached to both the lid and bottom of the case.
Pentru mai multe detalii privind sistemul de fixare compatibil cu modelul de motocicleta detinut vedeti categoria Model Moto 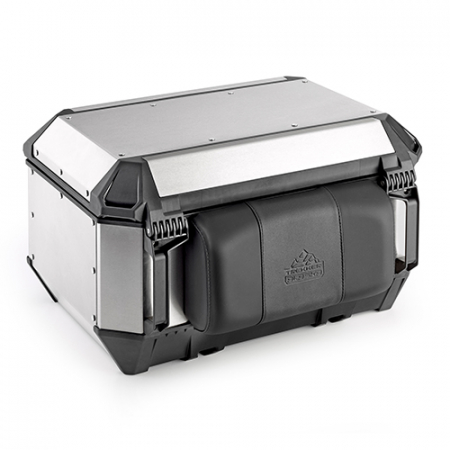 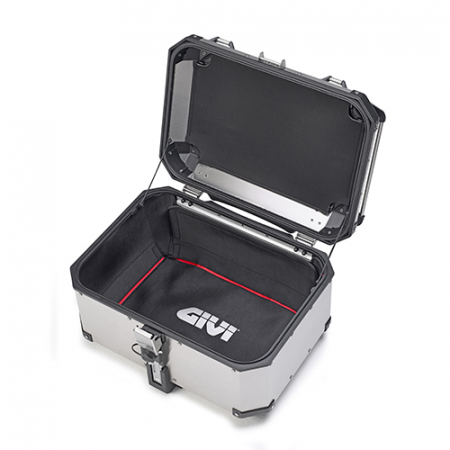 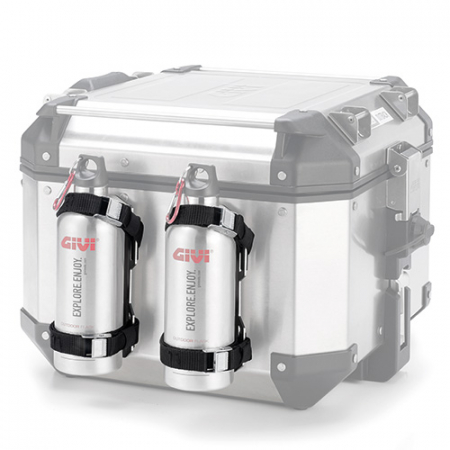 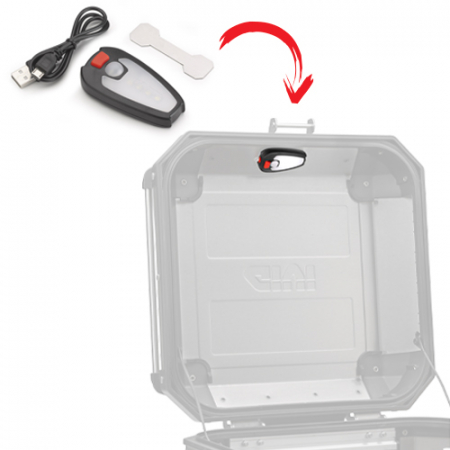 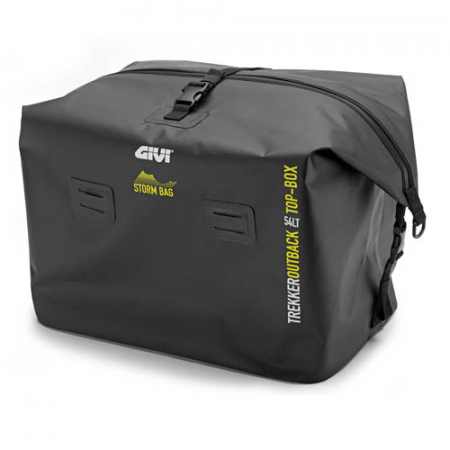 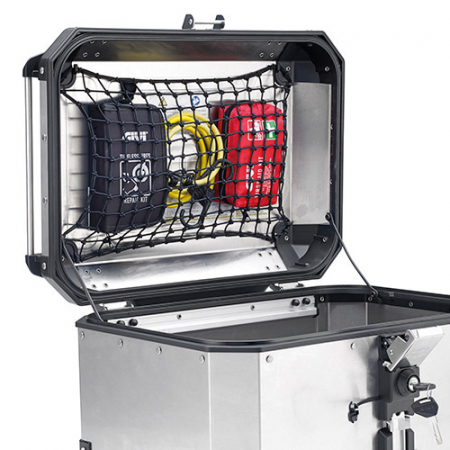 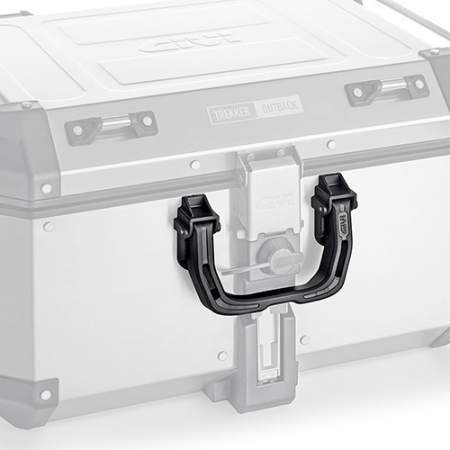 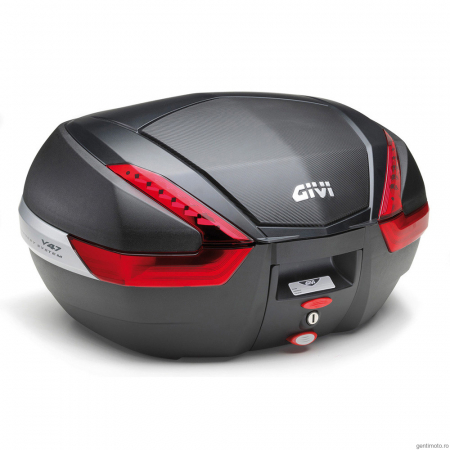 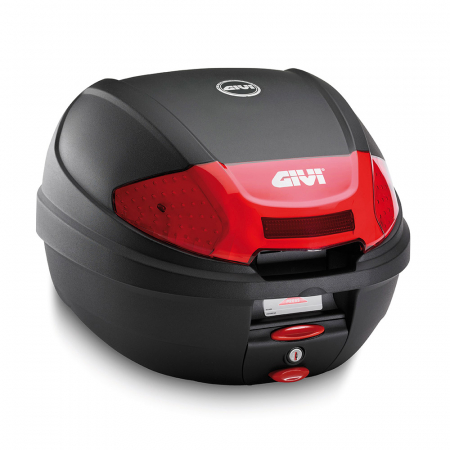 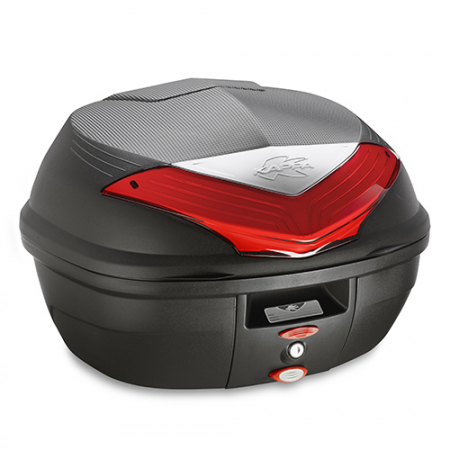 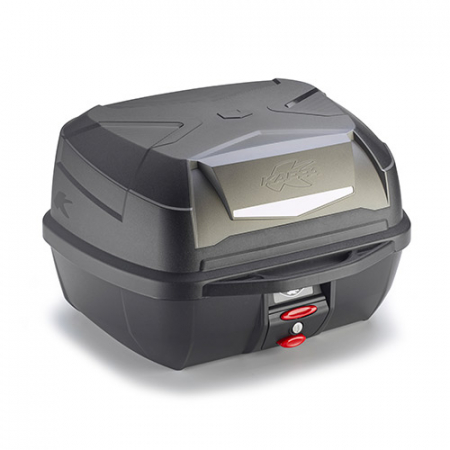 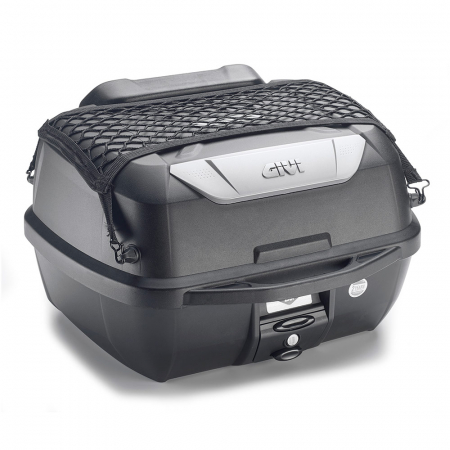 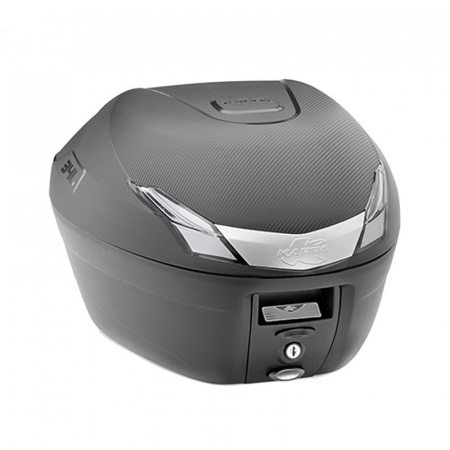 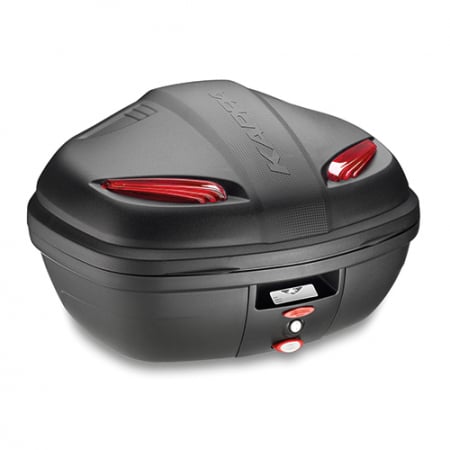 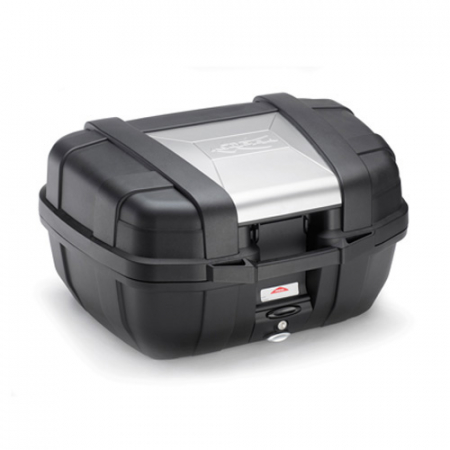 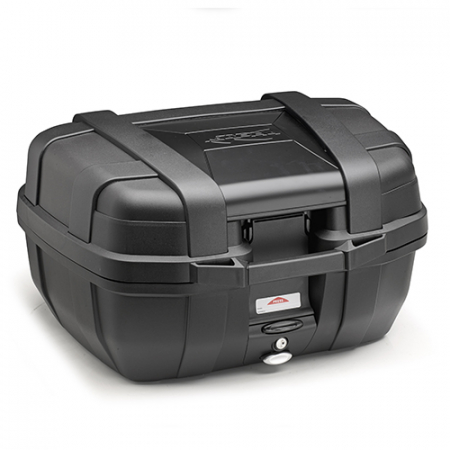 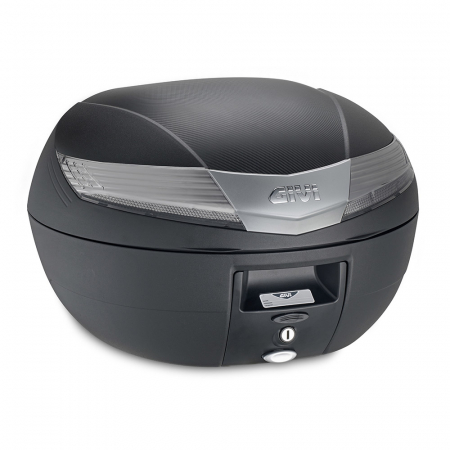 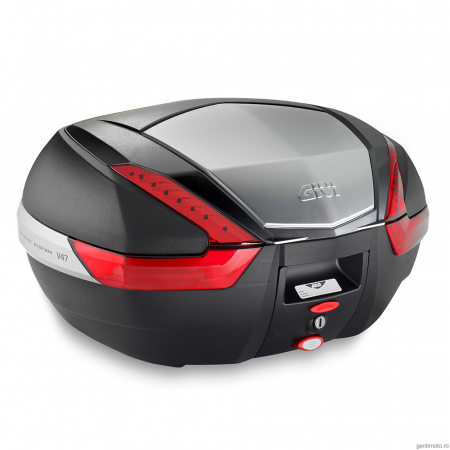 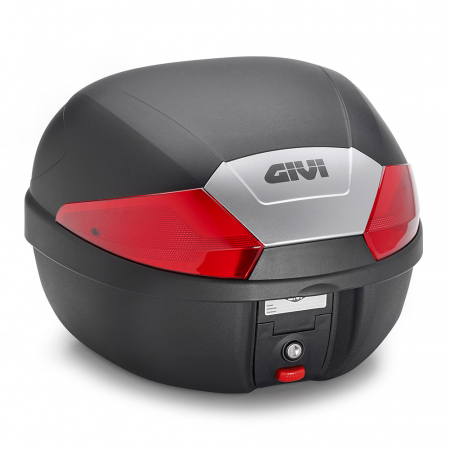 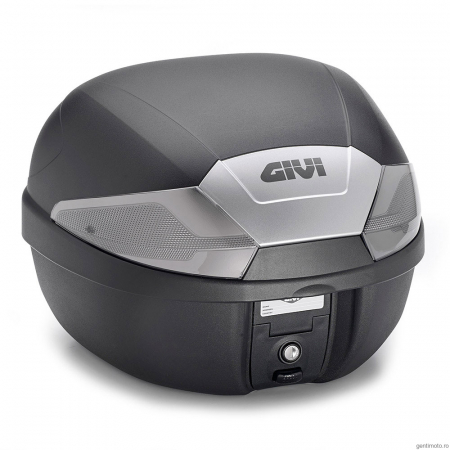 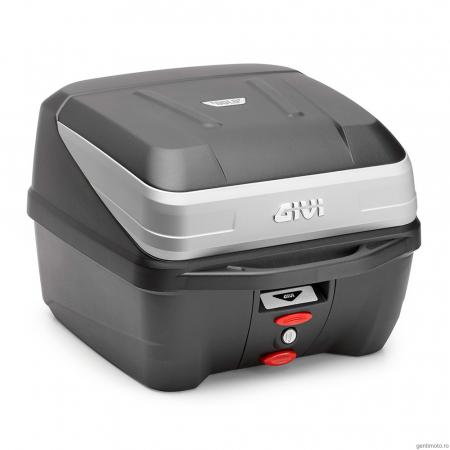